Edgar Abraham is a virtuoso saxophonist, composer and master of sixteen instruments. His enlightened musicianship and profound musical roots have made his work span the universe, ranging from symphonic compositions, Caribbean rhythms, to avant-garde jazz improvisations. The Puerto Rican born prodigious talent began playing the violin at the age of three, mentored by his father, Edgard Marrero, a veteran classical musician of the Puerto Rico Symphonic Orchestra, who has diligently tutored him throughout his life. At the age of nine, Edgar began studying the saxophone. When he was 12 he started composing, and at fourteen he made his professional debut with the Puerto Rico Symphonic Orchestra. As a pre-teen, he performed in a series of recitals entitled “Virtuoso” at the Tapia Theater (San Juan’s historic, colonial theater), the Ponce Museum of Art and the Puerto Rico Fine Arts Center. At sixteen, Edgar studied under the tutorship of Eugene Rousseau at Indian Head Arts Center in Wisconsin, USA. Two years later, he graduated Magna Cum Laude from the Puerto Rico Conservatory of Music. His catalogue of compositions includes more than 200 pieces that reflect his endless linguistic fluidity. Besides his own compositions, he masters a vast repertoire, which ranges from Alexander Glazunov to Claude Debussy, Paul Creston, John Williams, Rimsky Korsakov and Nicolo Paganini. Throughout his extensive career he has been nominated and has obtained the most cherished awards in the music industry. In 2005, he received two Emmy nominations for his TV special “Edgar Abraham at the Heineken Jazz Fest 2004”, which PBS has shown in more than 70 countries. In 2007, he was nominated for a Grammy as the Composer for Symphonic Choir category. In 2010 he won three (3) Latin Grammy Awards as a producer, for his compositions and arrangements for the urban icon band Calle13, with whom he collaborates closely since the beginning of the band. He worked closely creating the musical arrangements for one of the main themes of the children’s movie “Metegol” an film by Universal Studios, (Argentina-Spain) directed by Juan José Campanella targeted for the Hispanic world, released in Latin America during the past summer of 2014. As a solo artist, Edgar has 18 releases with his original compositions, featuring some of the world´s most famous jazz musicians, such as Eddie Gomez, Dave Valentin, Richie Flores, Giovanni Hidalgo, and Endel Dueño, among others. Edgar´s superb mastery of sixteen instruments, has led him to perform as pianist with Latin Jazz heavyweight Jerry Gonzalez, as well as playing timbales for the Gypsy Kings, drums with Shakira, and saxophone for El Gran Combo de Puerto Rico, Stomp, Giovanni Hidalgo, Dave Valentin, Alex Acuña, Nestor Torres and Jerry Medina, among others. Edgar has performed at a diverse array of numerous live venues, such as the incomparable Ronnie Scott´s Jazz Club in London, the Reichhold Center in Saint Thomas, and the Heineken Jazz Festival in Puerto Rico. As a classical saxophonist, Edgar has performed with virtuoso pianist Eugene Kohn, the former Principal Guest Conductor of the Bonn Opera and Director of the New York Metropolitan Orchestra. He has also performed with the Director of the New Mexico Symphony Orchestra, Guillermo Figueroa, who conducted Edgar´s Suite for Saxophone and Orchestra entitled “The Ten Worlds”. Additionally, he is the creator of the unmatched Hyper-Virtuoso technique for the saxophone. His improvisational style is characterized by an exponential extension of John Coltrane´s “sheets of sound” effect, made possible by his creation, the Hyper-Virtuoso Technique. This technique is a relentless melodic invention, characterized by a sharp sense of rhythm and instant natural reflexes that mirror Edgar´s astonishing sense of hearing. Edgar is a member of the Institute for the Advancement of Aural Arts, an international faculty of musicians and theorists dedicated to the diffusion of methodologies with the aim of facilitating the creation of music for the 21st Century. One of the most important concerts of his career was his recent performance at Carnegie Hall (November 2014) where he had a full house at the Weill Recital Hall, where he presented 10 original compositions with a blend of classical, folklore, flamenco and Caribbean rhythms. In 2015 he has his heart set on Europe. Edgar Abraham Is Saxophone Professor of the Puerto Rico Conservatory of Music. 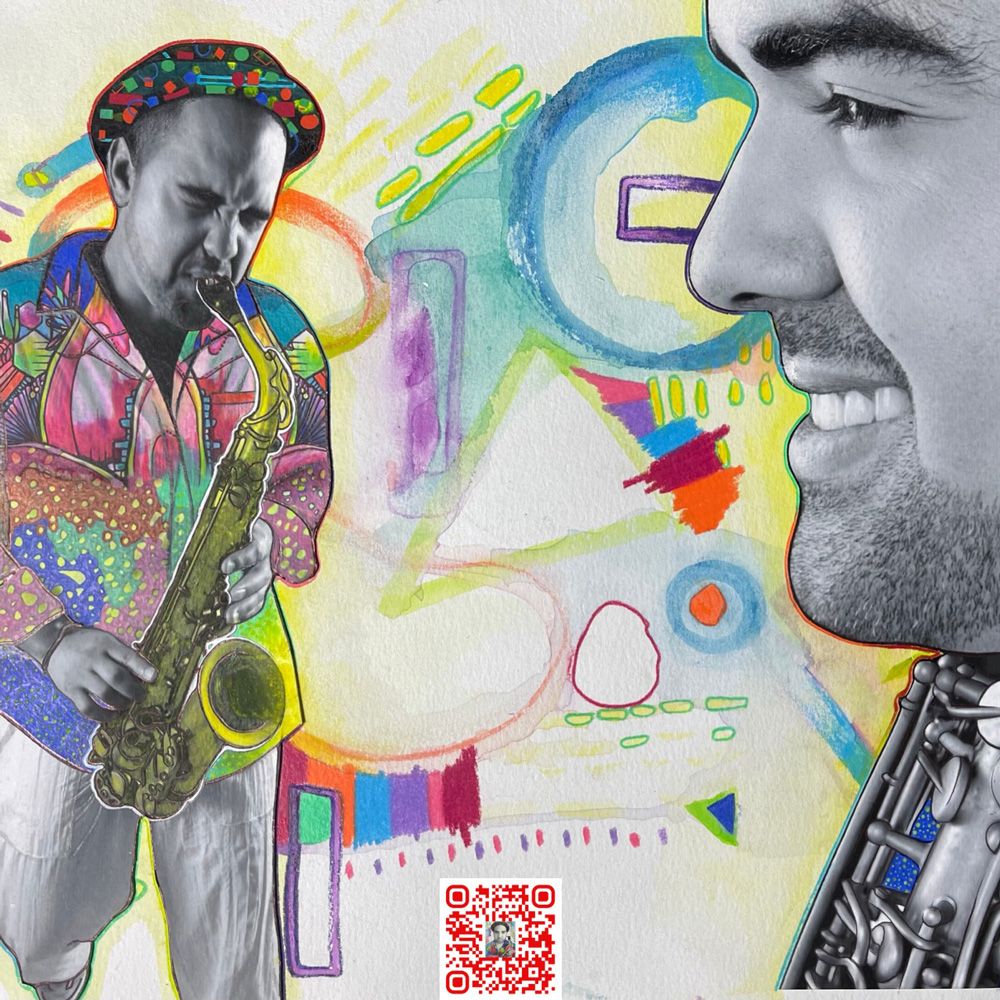